Today I’d like to discuss bodyweight exercises that build muscle.

Many of us probably started out training with just bodyweight exercises, but as we got better and improved it only seemed natural to turn to lifting weights.

We assumed that weights would provide us with a greater challenge, more stimulus, and therefore it seemed “obvious” that this was the best way to build muscle.

Unfortunately, this may typically mean that bodyweight exercises would be banished into the background, perhaps never to be seen again.

However, this thought process saddens me, so I’d like to prove to you that you can actually build muscle through bodyweight exercises.

The General Rules to Building Muscle

As a general rule of thumb you should stick to a specific rep-scheme in order to abide by a certain training protocol.

In its most basic form this is as follows: 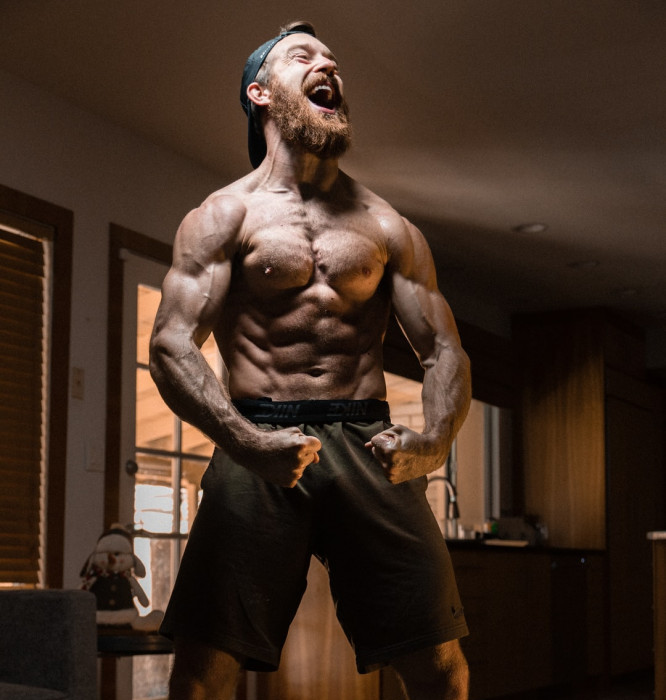 So, this means that if you are looking to build muscle then the exercises you are performing should typically be in the 6-12 rep range.

However, when performing certain bodyweight exercises it is fairly easy to progress far beyond these figures.

I would hazard a guess that the vast majority of people, even those very new to exercise, would be able to perform more than 12 reps of bodyweight squats in one set.

Okay, there are instances of people who may not be able to reach this initial goal, but that’s very few and far between.

Therefore, in terms of the basic bodyweight squat, once you are exceeding 12 reps in a set you have entered the realms of endurance training and have left muscle-building behind.

The way we overcome this with weight training is to add more weight to the bar, thus ensuring that our rep scheme remains within the muscle-building “range”.

This is known as progressive overload.

However, using this rep scheme you may not actually add weight until the 8th time you perform a certain exercise.

Admittedly, a very crude example, but hopefully you get my meaning.

The Bodyweight Training Rules (And 7 Exercises) to Build Muscle

I think one of the main reasons that many people turn to lifting weights and avoiding bodyweight exercises in order to build muscle is because they are unsure how to use progressive overload. 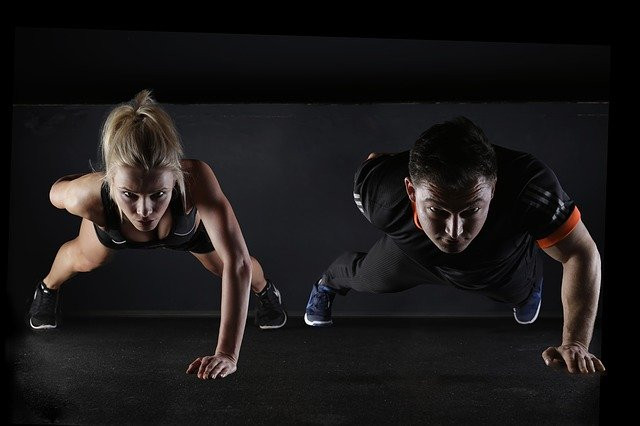 I will say that I love training with both weights and with the weight of my own body weight, plus I typically hit all 3 training protocols (strength, hypertrophy, endurance) irrespective of what form of exercise I am using.

The basic movement patterns include, push and pull (horizontal and vertical), knee bend, hip hinge and twist and I strongly believe that you should include a lifting exercise and a bodyweight exercise for each of these movement patterns.

Additionally, I am an advocate of using the carry movement as well, e.g. farmer’s walk, goblet carry, overhead carry/walk, etc.

In fact, if you simply trained the above movement patterns, with both weights and your own bodyweight, ended each workout with a carry/walk, you’d be well on your way to producing a lean, strong, muscular and athletic body.

I’m going to give you the 7 major bodyweight exercises (as I see them), although I haven’t included a hip hinge or twisting move. This is because we are more concentrated on building muscle in this article, as opposed to there not being suitable exercises (of course there is).

The major bodyweight exercises that you will need to work on, especially if you’re looking to build muscle are:

How To Progress With The 7 Bodyweight Exercises

Okay, I’m going to throw the “cat amongst the pigeons” here, and say that you can perform higher than the standard 6-12 reps with bodyweight exercises and still build muscle.

Additionally, I often focus on slowing an exercise right down in order to increase time-under-tension, which is ideal when it comes to building muscle.

Furthermore, there are additional progressions that I’m not going to focus on today, and not forgetting muscle contractions (really squeezing the muscles worked), which all play a pivotal role in muscle development.

I’ll leave all of these factors for future articles.

Today, let’s just look at how you can progress through the 7 basic bodyweight exercises.

It’s also important to note that “bodyweight” doesn’t simply mean that you shouldn’t add resistance to any of these exercises.

In fact, you should and I actively encourage it once you find you are moving beyond your desired rep range. You can use weighted vests, a dip belt, medicine ball, sandbag, etc.

How To Use The 7 Bodyweight Exercises

As I’ve mentioned, I much prefer training with a combination of weights and bodyweight.

However, I no longer strictly exercise to fit within a specific training protocol.

Don’t get me wrong, there are times that I wish to improve my strength, or to work on my endurance, and I will train accordingly.

Plus it is far better to have a specific training goal when you are exercising, which is why I have focused on building muscle in this article.

You could work this routine in a number of ways depending on how many days you have available to you.

The perfect number of days to use this type of routine would fall between four and six. My personal preference would be six days, but I exercise very regularly already anyway.

I would suggest using the routine for 4-6 weeks and then check your progress and make new goals. 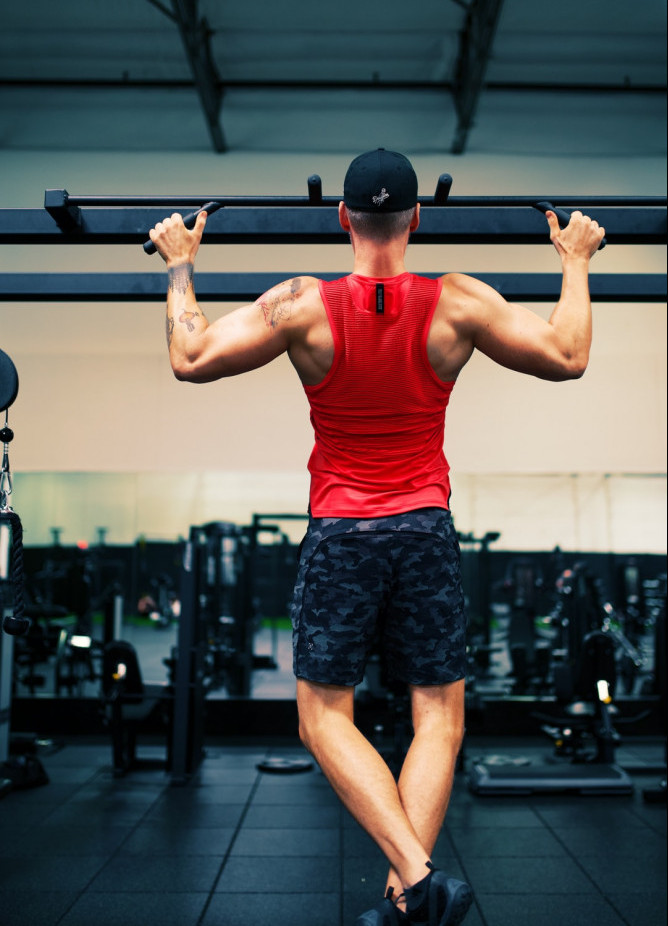 Nice and simple here, just alternate between lower body and upper body, so 3 sessions of each per week.

In terms of sets, let’s keep it nice and easy, and stick with the 4-6 theme that seems to be running through this bodyweight protocol.

I would suggest that the easier exercises, i.e. squat, push up, inverted row, calf raises, you can go up to 6 sets of each.

Whereas, the harder exercises, i.e. split squat, handstand push up, pull ups, stick with 4 sets of each.

Your progression will dramatically vary with certain exercises – at a guess you will whizz through the squat and push up variations, whereas anyone who can perform 12 free-standing handstand push ups deserves a medal (I’m guessing Olympic Gold).

So there you have my bodyweight exercises that build muscle.

There is actually a lot more to building muscle through bodyweight exercises, but these are the basics that you should learn to master and improve upon.

As I briefly touched on, there are a variety of ways in which to build muscle, typically by making these exercises harder through the speed at which you perform them, how much you contract the muscles, and you can even use a slighter higher rep range in some cases.

However, for now just concentrate on these 7 moves and their progressions.

Depending on your current strength and fitness levels these workouts may suffice as a full weekly training schedule.

But for some, you may wish to alternate between these and your other regular workouts on a weekly basis, or even add them onto the end of your current workout.

I leave the choice entirely up to you.