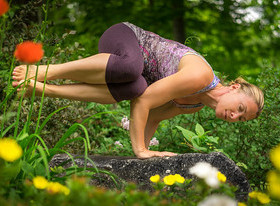 When it comes to core exercises many people typically think of having to perform endless crunches and sit ups in order to produce a defined set of six-pack abs.

However, in truth, your core is far more than just your abs, and I can promise you there is absolutely no requirement to perform any sit ups or crunches.

In fact, I recommend against performing these exercises.

I’d like to discuss exactly what the core is, why it’s important to have a strong core, and then I’ll introduce you to a number of bodyweight core exercises that don’t require any equipment.

Additionally, there are certain variations of these exercises that can make them easier or harder depending on your current strength and fitness levels.

Core Exercises With No Equipment

What is the Core? 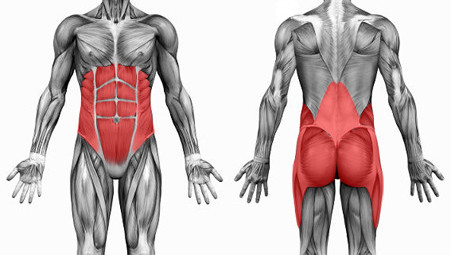 We automatically assume that someone means just the abs when they talk about the core muscles.

There are even those who probably have a fair knowledge of exercise and human anatomy.

They regularly “train core”, although they presume this to mean the upper and lower abs, the obliques, and the lower back.

Admittedly, they’re a lot closer than someone who believes the core muscles are merely the abs, but still not close enough.

The core is actually all the muscles in the front, back, and sides of your midsection, from your torso all the way down to your hips.

These are the major muscles that make up the core:

Are you now starting to understand that sit ups and crunches do not count as “training core”?

There are a total of 29 muscles that have attachments within the “lumbo-pelvic-hip complex”, which is actually what the core is.

Pretty much every single daily task you can think of requires your core muscles.

From something as simple as bending down to tie your shoelaces to something far more complex, such as performing Olympic lifts in the gym, you’ll need to use your core muscles.

The core is basically the powerhouse of the body and every move you make is facilitated by the core.

The core also happens to house the inner organs and the central nervous system.

So, when I mentioned that “pretty much every single daily task” requires some form of core activation, I really meant it.

The Benefits of a Strong Core – Injury Prevention (Back Pain)

Possessing a strong core will have a positive effect on your overall physical wellbeing.

I guess one of the main benefits of having a strong core is injury prevention, but in more ways than you may think.

Back pain, especially the lower back, is typically associated with having weak core muscles.

The spine will naturally curve when the core is weak and this is far more noticeable in people who generally spend most of their day sitting at a desk.

We almost automatically slump into the position of having a tilted pelvis and arched back, whereas we should be “sitting tall”.

I know I easily fall into this trap and often have to remind myself to “sit properly” rather than in a forward hunched position with an arched back.

As soon as you sit tall you will activate the core muscles, and by not doing so you are at risk of compressed discs in your spine.

I’ve actually taken to sitting on a stability (Swiss) ball for at least an hour a day while at my desk.

Admittedly, at first it’s hard to concentrate on what I’m doing, as I’m a little wobbly, but eventually I am forced to engage my core muscles correctly in order to work against the instability.

I can tell you now that something as simple as sitting on a stability ball for an hour a day will do far more for your abs (and your core of course) than hundreds of crunches, or any other back-breaking ab exercises you normally do.

It also makes perfect sense that the stronger your core is the less likely you are to suffer with back pain.

Additionally, there’s a type of knock-on effect – a strong core usually means that you have balance between the front and back of the body, which in turn will help to improve your overall fitness, thus meaning you are less likely to get injured.

I would also recommend training core stability before core strength.

This basically means working from the inside-out first.

A couple of great exercises for core stability include:

I’ve included a couple of videos just below for beginner kegel exercises, one for men and one for women.

Further Benefits of a Strong Core 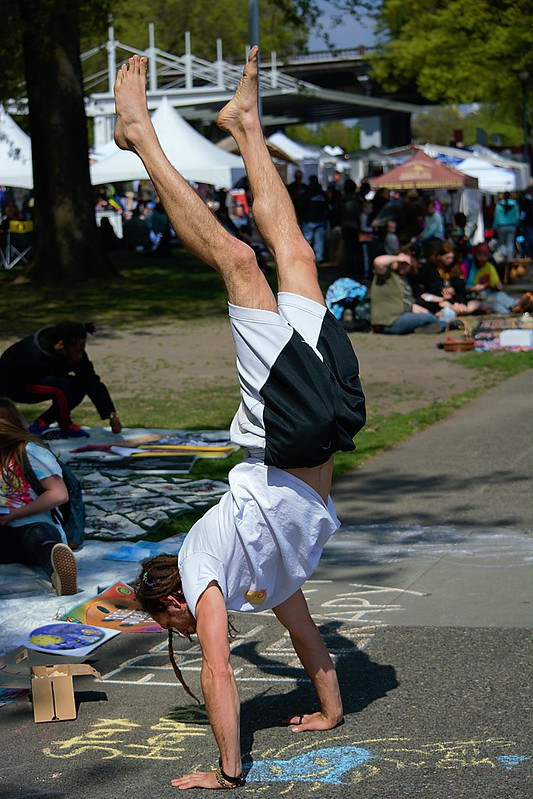 Improved core strength also has a fantastic impact on your balance, coordination, and believe it or not, even your brain power.

Your balance and coordination will automatically improve as your core becomes stronger.

The cerebellum is the part of the brain responsible for balance, coordination, and spatial awareness.

The cerebellum is automatically stimulated whenever you perform core exercises, and therefore you are in fact also exercising the brain.

This is especially important if your daily life, or if you participate in certain sports activities which involve the use of good hand-eye coordination.

So, we’re now aware that a strong core aids injury prevention, especially in terms of the lower back and stabilising this area of the body.

Simply by removing the stress and tension that is typically put on the lower back you will find that this has a wonderful effect on the muscles and ligaments.

You should notice a greater range of motion and your flexibility will dramatically improve.

Additionally, strong core muscles will help to keep the torso remain more upright, which in turn allows hips, lower back and pelvis to more smoothly in tandem.

For the simple fact that your arms and legs are attached to your core, a stronger core will automatically mean stronger limbs.

Putting all these points together will vastly improve your athletic abilities and will be far more noticeable whenever you exercise or are playing sports.

Your inner organs and central nervous system are vital for your overall health and wellbeing.

It happens to be at the core where these essential bodily systems perform the majority of their work, as well as the area of the body where the most important and largest veins and arteries are to be found.

Ensuring that you have strong core muscles acts as a layer of protection while all this important work goes on below the surface.

Having an upright posture is just as important when standing or walking, as it is when you are sitting.

Additionally, an upright posture exudes confidence and strength, whereas the complete opposite can be said for when you are slumped over.

I would also say that someone who stands tall and confident also looks so much more in control of their life.

What’s the first thought that goes through your mind when you look at someone? (Go on, you can be judgmental)

Once you’ve made your initial “judgement”, check their posture.

Do they have great posture or are they slumped over?

Did your first impression correspond to what I just mentioned here?

Okay, without further ado I think it’s time to get to some core exercises.

I had heard of and seen the bird dog exercise for many years, but I typically avoided it as something that was “too basic”.

Plus, even though I am back to full health now and deadlifting, squatting and Olympic lifting with the best of them, I feel I owe the bird dog an apology.

The variations of bird dogs may look basic and easy, but they are essential for core stabilisation, and I regularly perform them now on a weekly basis.

Leave your ego in check, the bird dog is the real deal.

The exercise is great for relieving lower back pain and will encourage you to keep a neutral spine.

The bird dog (and the many variations) is a bodyweight exercise that is performed on the floor and requires no equipment whatsoever.

It specifically focuses on the lower back muscles, abs, glutes and hips.

Surprisingly, bird dogs are often referred to as an isolation exercise, but there’s actually a lot going on from the top of your head to the tips of your toes.

The plank is probably the most well-known of all the core exercises.

However, in truth, not many people perform it that well (sorry).

I feel there is a huge focus on tensing the ab muscles, and sometimes not even that.

If you consider all the different muscles which make up the core, as I mentioned earlier, you can actually tense just about everyone of these while holding a plank.

In fact, by ensuring that you’re working the other parts of the core, including the glutes and hip flexors, the exercise is actually made more difficult.

Whereas, many of you may be able to hold a plank for 2, 5, 10 or even 20 minutes, when you perform a proper isometric hold which incorporates all the core muscles, you’ll find it much harder to hold the position for that long.

My preference is to perform plank variations, which involve either my arms or feet moving, as well as using twisting movements too.

The most common format of the mountain climber will involve getting into the push up position and then quickly alternating bringing your knees towards your chest and kicking the feet back out again.

In a way the leg movements mimic running.

I’m sure anyone who has completed a minute non-stop of mountain climbers will attest to just how good the exercise is for the core and the cardiovascular system.

However, once again, there are many variations of the mountain climber.

Plus, speed isn’t always the key.

There are certain types of mountain climbers where slowing down the movements will serve you much better, while increasing core activation.

So, there you have it, a list of great core exercises with no equipment.

You can perform these exercises in the comfort of your own home, or even in the gym, or your local park.

I hope that you now understand the importance of training your core, and the many benefits it offers, not only in terms of your fitness levels, but your overall health and wellbeing.

I will also say that all exercises will require core activation to some extent, although some are far better than others in training the core and helping you to get stronger in this area.

Even the two most basic bodyweight exercises, squats and push ups, will require you to use your core muscles, and can actually help to strengthen your core as well.

If you’re looking for improvements in various areas of your life (and not just physically), it’s time to start strengthening your core.