Who else wants to know how many calories burned walking 10,000 steps? 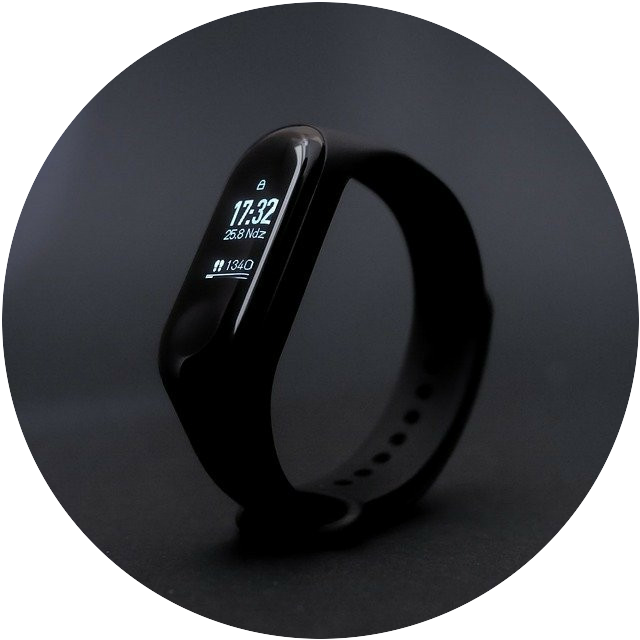 10-15 years ago if you asked someone how many steps they’d taken, or what their step goal was for the day, they would’ve probably glazed-over and given you a blank stare.

However, the step revolution is definitely among us nowadays.

It’s now almost impossible to walk down the street and not see a fast-moving mum in a tracksuit (after school drop-off), and her giving you the thumbs up and mouthing, “8,000 down, only 2,000 to go.” (Okay, I exaggerate, but you get my meaning).

And the mere explosion of gadgets and gizmos, such as modern-day pedometers, step counters, and fitness trackers, it seems like everyone is constantly counting to reach the “magical” 10,000 number.

With that said, I think there are a number of other factors you should be aware of.

So, I’d like to discuss where this concept first originated, how many calories 10,000 steps burn, and why I think all this hype around “10,000 steps” may actually be a bad thing.

You would think that the 10,000 steps phenomenon would be a recent innovation.

A conclusion based on scientific evidence proving that this is the optimum number of steps that we should be taking on a daily basis.

In fact, we have to go back over half a century to discover how the mythical 10,000 number was first brought to life.

Japan was preparing to host the 1964 Tokyo Olympic, which prompted an increased focus and awareness on physical fitness.

People were becoming more attuned to the fact that being active and exercising regularly could help prevent certain lifestyle conditions such as, heart disease, hypertension, diabetes, cardiovascular disease, and stroke.

Exercise was also seen as the solution to fight the fast growing epidemic of obesity.

And of course the easiest form of exercise that was available to everyone was walking.

This seemed like perfect timing for one company who introduced the modern pedometer into the Japanese Marketplace.

The Manpo-kei pedometer was simple in design and could be worn around the waist.

It would calculate the number of steps that the user had walked, although other calculations, such as distance, would be left to the user to work out (calorie-counting hadn’t really taken off yet).

The pedometer became extremely popular, as more-and-more of the Japanese public wanted to get fit, and chose walking or jogging as their main form of exercise.

The new fitness craze saw the emergence of numerous Japanese walking clubs, and Manpo-kei became their slogan, while 10,000 steps became the bare minimum that members were expected to walk.

The walking (and jogging) craze soon started to filter it’s way around the world (as well as the 10,000 steps mantra), and the rest, as they say, is history.

Now before I go any further you should be aware that there are so many variables to the “calories burned in 10,000 steps” conundrum that it’s literally impossible to give you a specific, individual answer. 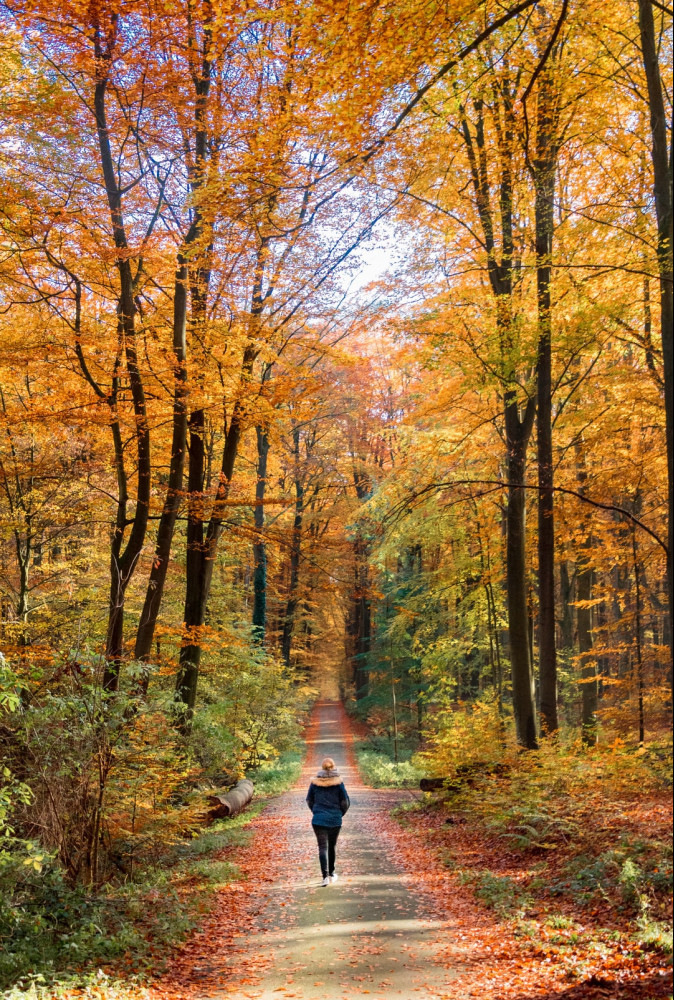 We would have to consider factors such as your weight, how you’re completing the 10,000 steps, the speed at which you’re walking, to name but a few (I’m not going to confuse matters further by talking about your height and the length of your stride).

Most articles, blog posts, and other sources of information will provide an “average”, but it’s actually quite clever the way in which they do this.

Allow me to explain.

The “average” is given as a person weighing 180lbs, while walking at a brisk pace of 4 mph (this will be extremely rapid for most people), and typically completing their 10,000 steps all in one go.

Working on these assumptions we can make the following calculations:

This “average” person will take 2,000 steps to complete one mile, therefore they will need to walk 5 miles to achieve their 10,000 step goal.

This is where the “clever” bit comes in.

Do you see where I’m going with this?

It looks like the creators of Manpo-kei aren’t the only ones with very savvy marketing tactics.

What About The “Not So Average” Person?

Well isn’t that nice and neat.

If only it was that simple.

As I say, there are various factors to take into consideration.

Firstly, the average weight of 180lbs.

According to Wikipedia the average weights around the world are as follows:

So, as you can see every region of the world falls under the “average” of 180lbs.

Therefore, the claims that you can lose 1lb of fat a week by walking 10,000 steps a day are not what they may seem.

Obviously, there will be many people within these statistics who weigh 180lbs or over.

In fact, based on Wikipedia’s figures the “lightest” region of the world, Asia, still has an overweight population of 24.2%.

The “heaviest” region of the world, North America, has a whopping 73.9% of the population who are overweight.

Whereas, 34.7% of the World’s population is overweight.

But, that is not to say that weighing 180lbs or over makes you overweight, and in many cases, far from it.

Basically, the heavier you are the more calories you will burn while being active, and the lighter you are, the less.

Therefore, a person weighing 120lbs walking at the same pace would only burn 60 calories a mile, and therefore 300 calories for 5 miles (10,000 steps), thus meaning they would burn 2,100 calories for the week.

However, this doesn’t quite have the same ring to it, does it?

Furthermore, we also have to look at the speed at which you’re walking.

Back to our 180lb “average” person who decides to take a leisurely 30-minute stroll at 2mph – they will have burned 102 calories during this time.

They have still walked a mile (so you could argue that walking a 15-minute mile only yielded 100 calories burned, whereas the snail’s pace burned 102 calories), but the slow pace will have meant many more steps being taken.

According to research the average walking pace is 3mph.

Allow me to wrap up all these statistics into a nice easy format for you – the faster you walk (irrespective of weight), the greater your heart rate, and the more calories you will burn.

Why I Think The 10,000 Steps Phenomenon May Be a BAD Thing

I think it’s important for me to point out that I am not telling anyone to just stop being active here, or give up on walking and exercise.

My reasons for not being a huge fan of “10,000 steps” is down to the mental aspect and how we perceive our exertions for the day.

Therefore, they would only need to walk a further 1.5-2.5 miles to complete their step count. 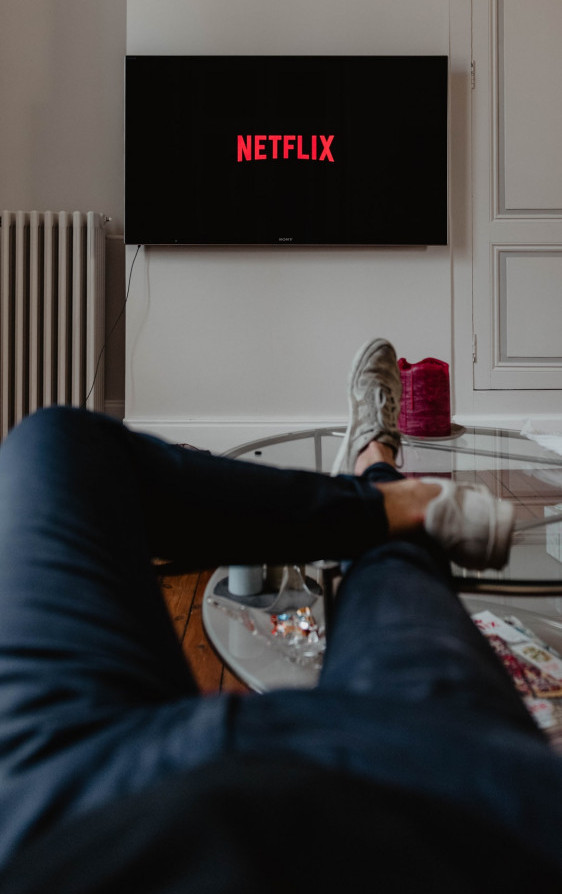 Unfortunately, walking for 1.5 miles “extra” a day may be considered a great starting point in terms of exercise for someone who is very overweight or obese, but it just won’t cut it for the vast majority of us.

You Become Less Active For the Rest Of The Day

The more active we are throughout the day, the greater the chance of reducing the risk of heart disease, diabetes, and cardiovascular disease.

However, one of the worst things we can do is sit for many hours a day.

Basically, whenever we are sitting, we produce less muscle contractions, which in turn makes the body less insulin resistant (less responsive to insulin).

The aftermath of this is that fat and sugars are more likely to remain in the body, which leads to excess fat and a potential build-up of plaque in the arteries.

Unfortunately, while exercising is great for our health and the body, you can counteract the harm you are doing by sitting around doing nothing for the long periods of the day.

In fact, there have been studies that show that even when people are exercising for over an hour a day they are still at risk of various diseases because of the amount of time they spend sitting.

I will hazard a guess the reason you want to know how many calories are burned from walking 10,000 steps is because you are either looking to lose weight or get into better shape.

Calorie-counting has become a huge thing over the past 40 years or so, and there are even many weight-loss diets and programs that focus on cutting down or controlling your calorie intake.

Now I’m not saying this is a bad thing, especially for those that are extremely overweight, but I for one haven’t counted calories (or worried too much about weighing-scales) for many, many years.

I know if I am eating a healthy and nutritious diet and exercising (to my capabilities) that I will stay in shape.

The way I check if I’m on-point is by looking in a mirror – this will provide me with far more information than any weighing scales ever could.

With that said, many people tend to look at their goal of reaching 10,000 steps as a great thing and then reward themselves with sugary treats and poor eating habits.

You know I’m right – how often have you hit 10,000 steps every day for a week and then decided to splurge on burgers, pizzas, take away food, cake, ice cream, etc?

There’s no harm in having the occasional “treat”, and I am “guilty” of doing it myself every once in a while, but gorging on treats on a regular basis will not have the desired effect on weight loss or attaining the body of your dreams.

Missing 10,000 Steps Can Be Demotivating

How often have you missed your step count for the day?

If you’ve ever missed out on the magical “10,000” number I’m willing to bet you’re extremely negative and down on yourself.

Being more active isn’t about beating yourself up.

If for example, you’ve had a great gym workout, or done some bodyweight HIIT, or even a spin class, you may not hit your 10,000 step count for the day, but you’ve sure had a great day in terms of exercise.

However, being negative about missing out on 10,000 steps will simply demotivate you, and it may not be long before you decide to give up completely and fall back into bad habits.

This is possibly not what you wanted to hear, but hopefully you understand that there are a few lessons to be learned here.

I’m not knocking the “10,000 steps” I just think that we should all aim to be more active in the right way.

I’ll agree that walking is without doubt one of the greatest forms of exercise there is, but there are many other factors that you also need to focus on in the battle to lose weight and burn body fat.

Is it working for you?

Do any of my “bad” factors ring true for you?

I’d love to hear from you, so drop me a line in the comments section below.