I would hazard a guess that the push up is probably the most popular and commonly utilized bodyweight exercise.

I’m sure many of you can knock out literally hundreds of push ups and also enjoy performing all the different variations.

However, due to the fact that push ups are a great overall upper body exercise (you work your chest, shoulders, and triceps, and even your core to some extent), plus you can crank out a set just about anywhere, I often see the same question asked over-and-over again:

Should You Do Push Ups Every Day?

My aim with this article is to discuss the merits and potential downsides of doing push ups every day.

Can You Do Push Ups Every Day?

To answer this question in its most simplest terms, Yes it is possible to do push ups every day. 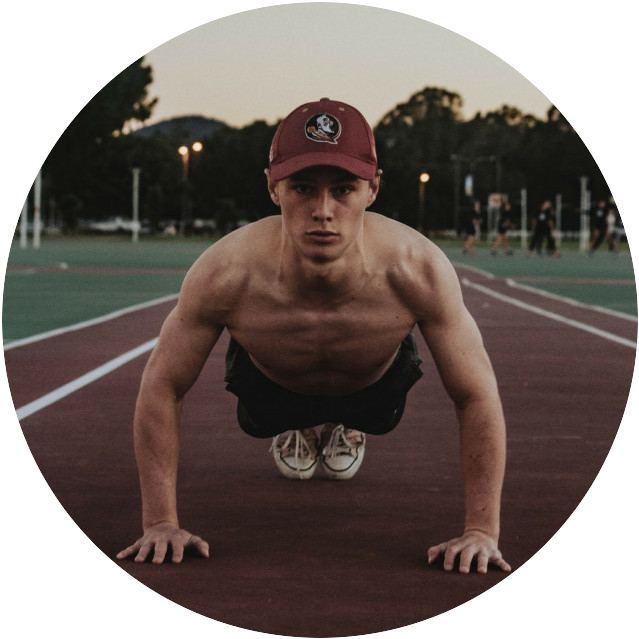 However, this very much depends on your fitness levels, what other type of training you are doing, your lifestyle, and of course how many push ups you are doing on a daily basis.

From my own point of view, I can’t put an exact figure on it, but I know I have probably done push ups nearly every day for around 25 years now.

The reason I say that I can’t put an exact figure on it is because I know there have been times when I have completed a high (ish) number of push ups on a daily basis, and continued doing this for many months on end, potentially years.

As I write this, I know there is perhaps only 3 or 4 days in the last 6 months when I haven’t completed push ups.

With that said, I typically perform push ups in very easy, short sets and numerous times a day.

Currently, I crank out 10 push ups (which I don’t even notice really) every time I get up from my desk.

Don’t get me wrong, occasionally I am very good and do this consistently and get to around 250-300 push ups a day, whereas on other days my mind may be on something else, and I end up performing maybe only 40-50.

Can Everyone Do Push Ups Every Day?

As I mentioned, making push ups a daily practice will depend on various factors.

If for example you are a complete newcomer to exercise you may struggle to perform just 10 push ups every day, and may even find yourself with a few aches and pains within less than a week.

If you are someone who works out with heavy weights on a daily basis, you may struggle to perform push ups after a “push” day in the gym, or more specifically a day when you have worked either your chest, shoulders, or triceps.

From a personal perspective I have gone a number of years without performing any specific chest exercises in the gym.

I know that may sound ludicrous to some of you, as we all know guys love spending hours and hours a week on the bench press. But, I can quite honestly say that I very rarely perform the bench press, and when I do I use it for a strength exercise with fairly low reps and heavy weight.

However, I know I have on occasions been an entire year without benching – I know, I know, I should be struck off from the “bro”hood.

RELATED ====> Chest Bodyweight Workout To Get You RIPPED

Why Doing Push Ups Every Day Is Considered Bad

The main things you’ll hear about why doing daily push ups is such a bad thing is because after a while it will provide no real benefit and you will plateau with any gains you make.

Basically, the longer you continue, the more efficient you will become at doing push ups, but that’s where the benefits end.

You will be told that due to the high number of reps you will typically do as push ups become easier, you won’t make any strength gains.

Additionally, muscle growth will also stop because you are not allowing the body to rest and recover.

Some will say that this will lead to overtraining, which can have catastrophic effects on your health, fitness and energy levels. Plus this can eventually lead to injury.

Finally, people will tell you that this will lead to sore elbows, sore shoulders, and eventually tendon issues.

Okay, I’m not going to completely deny the above, but I will say this all depends on the individual.

If you are going through any of the above it’s simply because your body isn’t used to doing that many push ups, and especially doing them day in day out.

But, on the whole, I tend to disagree with what is deemed as “common knowledge” when it comes to doing daily push ups.

What About These Guys?

Some celebrities (and some not so famous) have been famed for doing an incredible number of push ups every day.

Mike Tyson was credited with doing 1,000 push ups a day in his pomp, along with thousands of parallel bar dips, light shoulder presses, and let’s not forget the ab work, skipping, sparring, and everything else he did to become the “baddest man on the planet”.

Talking of the “baddest man on the planet”, then there’s the case of possibly the most feared prisoner ever, Charles Bronson, who also completed thousands of push ups daily.

I once read of the Great Gama, an Indian wrestler who remained undefeated after 52 years in the ring, performed 5,000 Hindu squats and 3,000 Hindu push ups every single day.

I guess the 10 litres of milk and 6 whole chickens (or 36 whole eggs) he consumed every day helped with his protein requirements from such an exhausting daily training schedule.

It also appears that rapper Bobby Shmurda, who was arrested in December 2014, and imprisoned soon after, has spent his time in incarceration doing 1,000 push ups a day.

Actor Charlie Hunnam of Sons of Anarchy fame, completed 1,000 push ups a day to prepare for his 2017 role as King Arthur.

I almost feel as though Mark Ruffalo has let the side down a little by “only” doing 500 push ups a day for his dual role in HBO miniseries, I Know This Much Is True.

What I Can Tell You About Doing Push Ups Every Day

Strength – You will definitely get stronger doing a high number of push ups on a daily basis. Don’t listen to what others tell 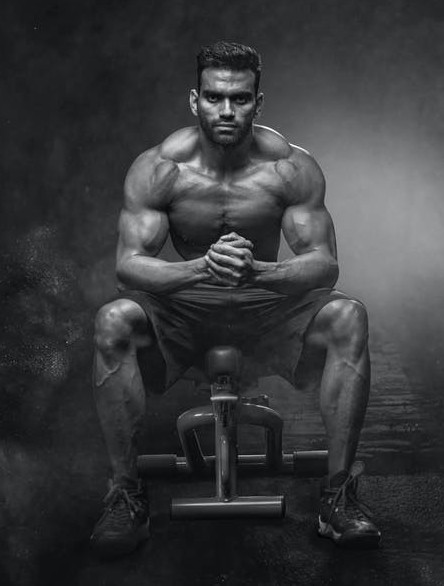 you, and if you get into the realms of what some of the guys above were doing (and please build up to 500-1,000 push ups a day and don’t attempt it straight away) your strength will go through the roof.

Yes, eventually you may hit a plateau and you will need to consider some form of progression (other than adding more reps), but you will be strong, trust me.

Pumped and Solid – To be honest, as doing daily push ups has become a habit, a way of life, for me, I actually mainly notice the difference when I go some time without doing some push ups.

There have been times over the past 25 years or so where I’ve had an extended break from doing push ups, but I will definitely look and feel different after just 10 days without.

I’m sure it’s the same for most people who do lots of daily push ups, but you definitely feel solid and look pumped.

Lean – Funnily enough, talking of Mark Ruffalo above, he actually said that one of the main reasons he performed so many daily push ups was to lean out.

And I can definitely attest to this. Doing lots of daily push up will definitely keep you lean, and depending on your body type you may even start to notice cuts coming through.

I know for me personally my tricep definition and chest separation is far better when I’ve been doing lots and lots of push ups every single day, plus I can always see my abs coming through.

RELATED ====> How Many Calories Do Burpees Burn?

Sore and Aching – Let’s not avoid the obvious, it would be wrong of me.

Doing any form of repetitive training on a daily basis, especially where the elbow and shoulder joints are involved, you will start to ache and feel sore.

With that said, this does depend on how many daily push ups you are doing and your current fitness levels.

I know that I can quite easily hit the daily 200 mark and I know I’ve worked out (don’t forget I do other forms of training 5-6 days a week as well), but I won’t feel any soreness.

However, for some reason once I start nearing the 300-mark I often feel the odd twinge or ache in the elbow joint.

I guess this is my limit, until I choose to train past this level.

So, for anyone asking, “Should you do push ups every day?”

I will say yes you can and yes indeed you should.

However, I don’t want to be irresponsible here and receive loads of complaints, as everyone reading starts trying to crank out 1,000 reps a day.

The main thing I will say about performing daily push ups is that it is mainly down to your own fitness levels.

As with anything when it comes to training you will have to build up to a certain level.

You didn’t walk into the gym on your very first day of training ever and then suddenly crank out a 300lb bench press.

If you’re not used to doing any more than just a few push ups here-and-there, every now and then, it makes sense to build your way up.

This may mean doing 20 push ups a day and adding a few more each week.

It could mean doing 50-100 push ups every alternate day until you feel more capable of adding in more days in a week until you finally hit all 7.

Whatever you choose to do, make sure you work within your own physical limits, but rest-assured there is nothing wrong with eventually doing push ups every day.