Today I’d like to discuss the reason I prefer a Tabata bodyweight workout to long, boring bouts of cardio.

If you’re into your exercise and fitness I’m guessing you will have heard of Tabata workouts.

And if this fantastic training protocol is a mystery to you then hopefully it won’t be by the end of this article.

I’d like to introduce you to the origins of Tabata, why I prefer to use Tabata workouts instead of traditional cardio, and also provide you with a few examples of workouts that you can use.

I will say that I often like to throw some resistance into the mix – kettlebells, dumbbells, a medicine ball, or a sandbag.

However, you can still get an awesome Tabata workout by just using your bodyweight.

The Origins of The Tabata Workout (& “The Experiment”)

Tabata training, or the Tabata protocol as it is often called, is named after the man who invented it, Dr. Izumi Tabata. 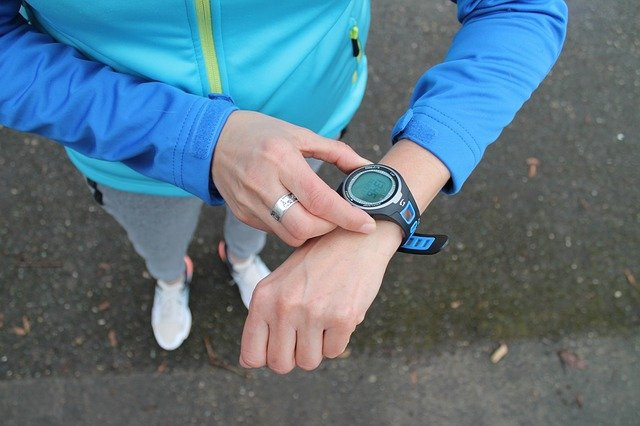 Dr. Tabata and his team from the National Institute of Fitness and Sport at Kagoshima Prefecture, Japan conducted a study into the effects of an interval-based training model.

And by the way, this is exactly what Tabata training is, a high-intensity interval training model.

The aim of the study was to ascertain whether an exercise protocol using short bursts of high-intensity exercise, followed by a shorter period of rest would be better for body conditioning than a longer bout of moderate-intensity exercise (traditional cardio).

Dr. Tabata and his team worked with two test groups over a period of six weeks.

The first test group would perform one hour of moderate-intensity exercise, 5 days a week, for six weeks.

Whereas, the second test group would perform an interval-style workout consisting of 8 sets of 20 seconds of exercise at all-out, maximum effort, followed by 10 seconds rest.

These 8 sets would take a total of 240 seconds (4 minutes) to complete.

The second test group would merely perform 4 minutes of these intervals (Tabata training), 4 days a week, for 6 weeks.

What Were The Results of The Tabata Experiment?

The group that stuck to the one-hour, moderate-intensity workouts improved their aerobic fitness, so their cardiovascular health was improved.

However, they received very little benefit to their anaerobic fitness, so in terms of muscle-strengthening.

The group that performed the high-intensity, Tabata-style workout, saw significant improvements in both their aerobic and anaerobic fitness levels.

In fact, the Tabata test subjects saw an average of 28% in increased anaerobic levels.

It was reasoned that the short rest periods in between the longer, extremely intense periods of exercise didn’t allow the body to fully recover.

Therefore, typically by the second half of the workout (minutes 3 and 4) the body was forced to work near maximum capacity, thus causing the heart to pump faster, and dramatically increasing the person’s metabolic rate.

This means that the Tabata-style routine helped to build endurance (aerobic) and muscle (anaerobic), plus it burns a huge amount of calories (both during and after exercise).

Let me put this in its most basic terms – the more muscle the body has, the less fat there will be, and muscle also burns more calories than fat.

So, if you’re looking to lose weight, burn fat, or simply have a lean and athletic looking body, you must train both aerobically and anaerobically.

Finally, would you rather train for 16 minutes a week or 5 hours a week?

Why I Prefer a Tabata Bodyweight Workout to Cardio

I think my reasons for preferring Tabata bodyweight workouts to cardio are probably pretty clear now, but please humour me, and allow me to delve a little deeper into this subject. 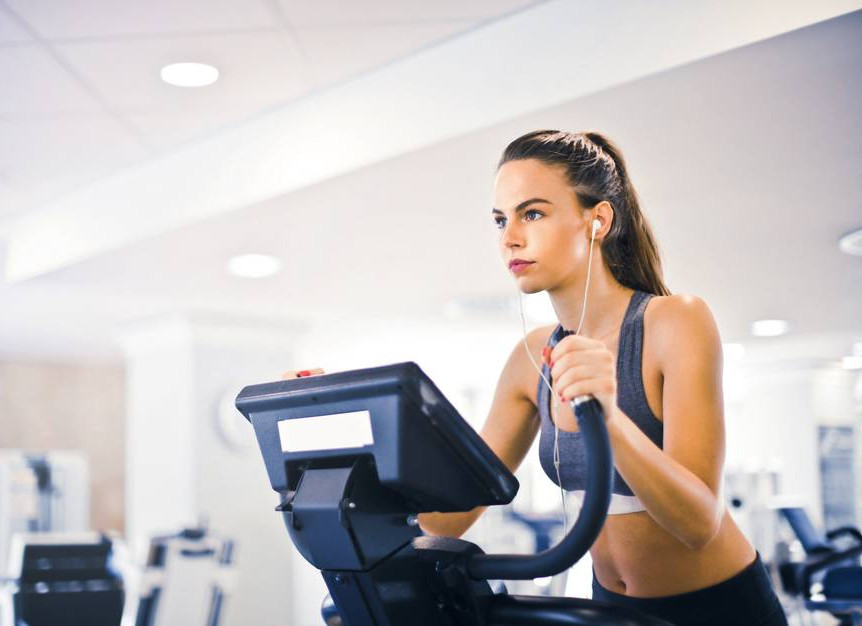 I have spoken numerous times on this website about “traditional cardio” and I’m sure it’s obvious to many that I’m not a fan.

With that said, cardio does have its place in terms of heart (and overall) health.

However, I just think there are better ways of going about it.

Cardio is basically any form of exercise where we raise out heart rate for a sustained period.

But, for some reason we have become used to using moderate-intensity and repetitive workouts to “get our cardio done”.

After a while our bodies adapt to whatever form of cardio we are using and typically we will begin to plateau in terms of weight loss, fitness, and cardiovascular health (basically these factors are no longer improving at the rate as when we first started).

Our answer – “Let’s do more cardio” until eventually we are jogging, stationary biking, or on an elliptical trainer, etc. for approximately two hours a day.

By doing more-and-more of this type of cardio we may be improving our aerobic fitness, but we aren’t doing much anaerobically.

Additionally, I often think people are put off by the word “muscle”, as they automatically assume this means big and bulky.

However, the human body is made up of various muscles, so we all have them.

Training these muscles correctly will do far more to produce a sexy, lean and athletic body.

Case in point (and something I have mentioned before), compare the body of a sprinter (interval-style training) to that of a marathon runner (moderate-intensity, LONG cardio).

One looks strong, powerful and athletic, whereas the other looks sick, gaunt, and as though they could do with a quick meal.

Finally, I will say that any form of stop/start training, which involves all-out effort followed by short periods of rest will activate the EPOC (Excess Post Exercise Consumption) effect, also referred to as the after-burn effect.

Once again, this is a subject I have spoken about many times before, but simply because I feel it’s extremely important to understand.

The after-burn (EPOC) effect will ensure that the metabolism stays elevated for many hours after an exercise session ends.

So, you are still burning fat and calories, sometimes up to 24-48 hours after you’ve stopped exercising.

RELATED====>Check Out My Review Of The Bodyweight Burn Program

With moderate-intensity cardio you burn calories while you are exercising and this process immediately stops the second your cardio session finishes.

Therefore, would you rather exercise at a high intensity for 4 minutes a day and continue burning fat and calories for the next two days, or would you like to perform an hour of exercise every single day, while knowing that your calorie-burning capabilities finish the second you stop moving?

Ladies and Gentlemen – No Brainer.

A few notes on how I use Tabata workouts:

I usually use them as a finisher at the end of my workout.

RELATED====>Check Out My Review of the Workout Finishers 2.0 Program

I will either do one or two Tabata protocols, so 4 or 8 minutes.

I like to use two different, alternating exercises, often focusing on the upper and lower body within the same Tabata protocol.

For a “cardio day” I will perform between 4-6 Tabata workouts (3-4 will suffice).

I often use some form of resistance, so one exercise with resistance and the other one with my bodyweight.

Sometimes I will incorporate “active rest” so my muscles are still working during the 10-second rest period.

Okay, the most basic Tabata bodyweight workout I will do involves squats and push ups and it would look like this:

That is a 4 minute Tabata workout and for me I will typically be pretty even in terms of reps throughout – somewhere between 16-18 squats and 11-13 push ups.

Therefore, in just 4 minutes I will usually have completed approximately 70 bodyweight squats and 50 push ups.

Trust me, even for these very basic bodyweight exercises, your heart will be racing and you will feel the “burn”.

Then there are also those that will perform 4 or 8 different exercises per Tabata protocol.

However, for me I just like performing two separate alternating exercises.

Additionally, trying to complete 100 push ups in just 4 minutes (by sticking to just one exercise) may be extremely difficult for some people, and they may even be forced to stop before each 20-second timer sounds.

Now my numbers may seem low, but I am looking to perform each exercise with full range of motion and in a controlled manner.

I know many people will double my numbers in the same 4-minute time limit, but I can guarantee they will be performing half-squats, push ups with terrible form, etc.

I have always said, “If you’re going to perform an exercise then do it properly”.

Here are some other two, alternating exercise Tabata’s that I often complete.

I also like to vary the type of push ups I do, e.g. incline, spiderman, clapping, etc.

Some Tabata workouts to include resistance:

Just pick two exercises and perform them in an alternating Tabata fashion.

I also spoke of “active rest”, which is great if you really want to feel the burn and contract those muscles hard.

By doing this you’re resting aerobically, but still exercising anaerobically through muscle tension.

As I’ve said if you specifically want a “cardio day” then just pick 3 or 4 Tabata protocols from above.

This would take you 14-15 minutes to complete from start to finish and I GUARANTEE you will probably burn twice as much fat and calories over the following 24 hours than you would by jogging, stationary, biking, or plodding along on an elliptical trainer for an hour.

I’ll leave the choice up to you.

I almost feel a little bad, as though I’m constantly bashing cardio on this website.

As I’ve said many times before – cardio does have its place in living a healthy lifestyle.

However, I just think that many of us approach it in the wrong way.

When you initially start doing moderate-intensity exercise you will definitely notice the difference in terms of your weight and your mood, but over time your body will adapt and you’ll stop making improvements and your gains will plateau.

Often the only answer to this for many people will be to do more steady-state cardio until their workout sessions become ridiculously long.

The only thing you’re achieving here is that you’re getting better at doing cardio, but doing little for your overall body composition.

So, if you want to achieve a great looking body, and in half the time (or less), I urge you to try a Tabata bodyweight workout, or two, or three…